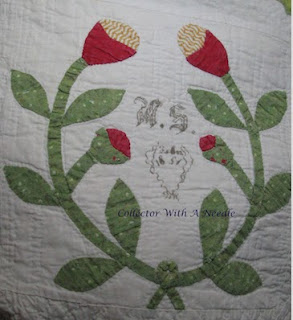 It is always fun to solve a mystery with friends.  The antique Noah and Matilda Quilt has two inked blocks that were puzzles.

The first block was Noah and Matilda's, it was more straight forward to figure out.  The mystery there was the city (Lawrenceburg) and the significance of the date.

Maybe, it's all pulled together now - and raised other questions.

The answer might be Noah and Matilda traveled back east from Illinois to Indiana to visit their daughter. 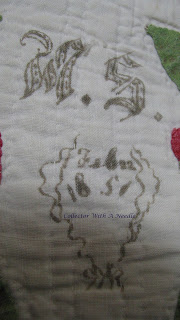 In the inked letters of the second block, we were speculating if the first letter was an M or W.
First thought was maybe M was for Matilda and S was her maiden name - that didn't fit with wedding dates.
If it was WS, or MS no family members could be found.

Doreen (Aunt Reen) made a fabulous proposal.  A big thank you to super sleuth Deb in Florida too.

What if it is M for Millie, and Mille is Amelia's nick name?
Amelia is Matilda's daughter who married Christian Spiegel in 1845.  They married in Illinois, but the 1850 census shows them living in Lawrenceburg, Indiana.  Matilda's inked block says she visited Lawrenceburg in 1851.
Lawrenceburg is near the point where Kentucky, Ohio and Indiana meet.  Matilda was born and married in Kentucky so perhaps her visit included other friends and family.  Was the quilt a gift? 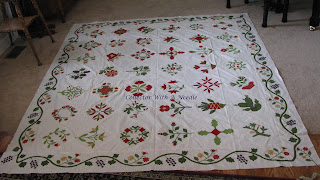 I also discovered I didn't show my finished Noah and Matilda top on my blog.
I think it is interesting Matilda's daughter had her hand in making Matilda's quilt (we don't know how), and my daughter drafted the patterns from the antique.  Now I know how I will ink my two blocks!  Of course with my daughter's initials in Amelia's block.
The patterns are still available HERE.

What do you think?
How long did Matilda visit on her trip east?  Long enough to make a quilt?
Did they make it together?
Did Amelia make it after moving to Indiana and present it to her mother when she visited?
Is it Amelia's quilt and she commemorated the visit of her parents on HER quilt?
It would make a great story!

The Audition is Over 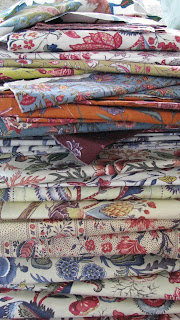 A couple weeks ago I told friends I would have the borders on a quilt - then didn't post about it.  The top had me stuck for a year deciding on borders.

When I bought "A History of Dutch Quilts" by An Moonen I savored every page - so of course when she and Petra Prins published "Promenade in a Dutch Garden" I was all in.  Their deep, rich textile heritage is evident!

I've been working my way through the books making several of the quilts.  I have more on the bucket list and stacks of Dutch fabrics to pull from. 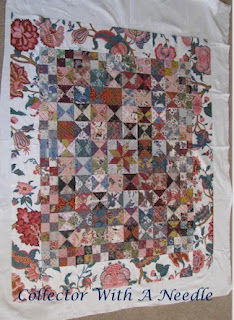 This is my top with the borders I finally decided on.

I decided the larger scale light chintz is what I liked best.

I chose a light cream solid back that looks like linen.

The batting is a first for me, "Quilters Dream Angel"
Request:  Thinnest loft preferred by hand quilters

I won't get to it until I have Harrison Rose quilted.
The top is layered and ready when I am. 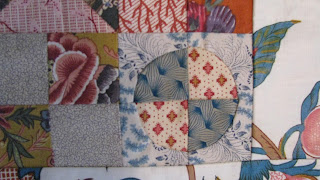 This quilt has wonderful details.


A mix of blocks. 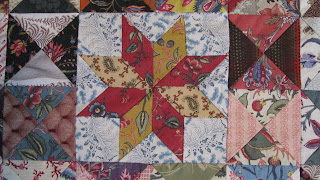 I chose fabrics to match the antique shown on the cover of An's book.

You can see more of my finished Dutch inspired quilts HERE.

You can find wonderful Dutch fabrics HERE.  Including the harder to find Dutch Heritage STRIPES.


If you love antique quilts, there is a new book you will want in your library.

The book contains 50 quilts from the study, 25 of which are traveling the country for four years.  The traveling quilts are currently at the New England Quilt Museum in Lowell.

Copies are available at most exhibit venues and on Amazon HERE.  The book was published by AQSG and all proceeds benefit the organization.  The study involved no 'prizes' - everything for the project is donated and benefits AQSG.

I was fortunate to be able to see all 50 quilts in the opening exhibition last year in Milwaukee.  I've written about my entry before.  To see those posts, click HERE.
I am hoping that any of you who visit the exhibit in Lowell will email me photos for my scrap book. 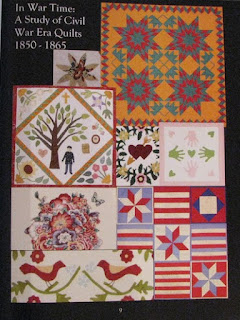 The book is filled with 100's of color photos and history.

Each entrant is required to have written permission from the owner of the antique quilt.  There are also size constraints and selection criteria for consideration.

You can read the new entry requirements for 2016 HERE.

It is my pleasure to know so many of the study quilt makers personally and share our passion for quilts and quilt history.

I hope you add a copy of the book to your quilt history library and have a chance to see the exhibit.

Have a great week,  Dawn

In America we are celebrating Independence Day with a long holiday weekend.  Saturday is the actual DAY.

I made this quilt for the Fourth of July several years ago.  I've shared it before, I hope you don't mind.
It was a Free To Use pattern from Windham for a Mary Koval Coverlet fabric line.